What is ULS' Mission?

Utah Legal Services seeks to protect the rights of the disadvantaged and persons of limited means by legal representation, advocacy, and education throughout Utah.

Who does ULS help?

ULS serves individuals and families whose incomes are within 125% of the federal poverty level and who have very limited assets. In 2012, to be eligible for the services, a one-person household can gross no more than $13,613 annually. This translates to $27,938 for a family of four. Types of cases are shown below.

In 2012, we received over 15,000 individual requests for assistance, involving over 35,000 family members. Based on our priorities (Page 4) many were given legal information and referral, and we closed over 7,000 cases that included legal representation. About 8.5% of our cases are handled by volunteer “pro bono” attorneys (Page 5.) Our largest area of practice is family law involving domestic violence, followed by housing law, public benefits issues, consumer and employment law cases, as shown below: 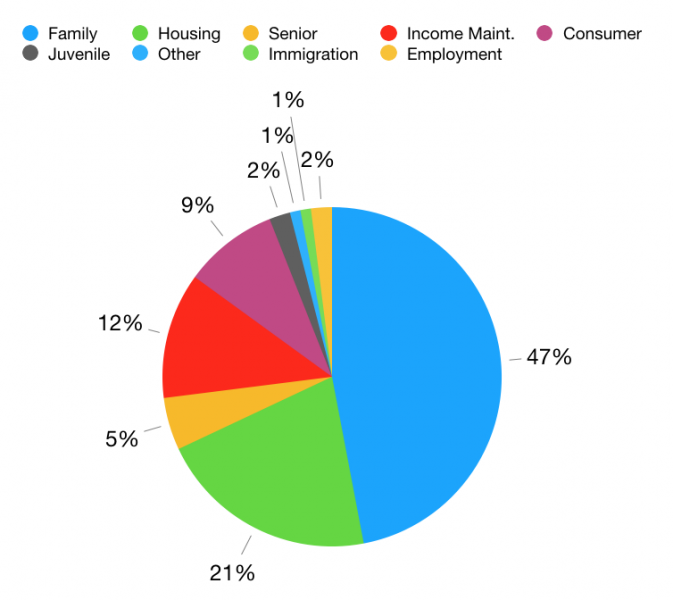 But, beyond the numbers are the people:

...a 53-year-old disabled woman who could barely read or write and had been denied Social Security disability benefits. Her physical problems were not well documented because she could not afford medical consultations and evaluations, but she suffered from constant arthritis pain, headaches and dizzy spells. She had worked as a maid or laundress but was too weak to continue that work and her lack of education prevented her from doing more sedentary work. ULS represented her before an administrative law judge for the Social Security Administration, and she was awarded benefits which allowed her to obtain badly needed medical assistance.

...the deaf young man who had spent his childhood moving from foster home to foster home hoping for an adoptive family. His 12th foster family attended a ULS pro se clinic where the attorney, a foster parent himself and fluent in American Sign Language, helped them fill out the paperwork and directed them where to file. The adoption was finalized and the young man finally has a family to call his own.

...a family where the father had lost his job, was behind on the rent and eviction proceedings had begun. ULS negotiated an agreement to pay the back rent in monthly installments and from the income tax refund that was due, resolving the case.

...the 70-year old woman who paid off the real estate contract on her home only to find that the sellers had passed away and the estate had never been probated. ULS filed the appropriate action in court and secured a deed for her.

What types of cases does ULS do?

Services for Victims of Domestic Violence

ULS provides services to victims of serious, recent physical violence without regard to income or citizenship status.

ULS provides emergency legal representation in protective order hearings in every courtroom in the State except in Salt Lake County where those services are provided by the Legal Aid Society of Salt Lake (LAS).  ULS also assists victims with permanent separation from abusers through divorce and custody actions, and can help victims when the abuse results in other legal difficulties such as housing, income maintenance or consumer issues.

ULS assists disabled Utahns with SSI and SSDI benefits, as well as overpayment issues.  ULS helps with food stamps, unemployment issues, Medicaid and other financial assistance for the low-income population in Utah.

ULS provides some assistance to clients in consumer and collection defense cases.  Requests for assistance are reviewed daily by staff who specialize in these areas.

If a minor criminal record is blocking access to work or decent housing, ULS may be able to assist in getting those records expunged.

ULS has specialized staff who provide legal services for persons age 60 and older.  This is an especially vulnerable population because many of them live on fixed incomes and have higher medical expenses.  In addition to LSC-eligible clients, clients who have great social and economic need are served with funding from the state and counties under the Older Americans Act.

Tribal court advocates provide assistance primarily to members of the Ute tribe living on the reservation in the Uintah Basin, as well as outreach and community education to Utah’s other recognized tribes.  ULS assists victims of domestic violence and represents children in the juvenile courts system.

Service delivery is facilitated in San Juan County to members of the Navajo Nation by working closely with DNA Peoples Legal Services which has an office in Mexican Hat, Utah.

This program is specifically geared to provide legal services to migrant farm workers and is directed by an experienced, bilingual attorney.  Migrant programs are designed to deal with the difficulties of serving a population which moves frequently, does not know about services available in the community, and may not speak English or know their legal rights.

How does ULS decide who to help?

ULS receives thousands of requests for assistance. Left unresolved, these problems can cost society much more than the cost of legal services to address them.

ULS annually assesses client and community need, as well as the availability of ULS and other resources to meet that need. Based on this information, priorities are outlined for the coming year. Throughout the state, the highest priorities center on those areas crucial to the everyday survival needs of the poor, namely food, shelter, personal safety, the safety net income maintenance programs, and health care.

ULS and the “and Justice for all” Foundation completed a statewide civil legal needs assessment using 1100 plus face-to-face interviews from several population groups that may face disparate access barriers. The final analytical report was published in early 2007. This detailed, deep field-based assessment is used to help determine our client’s areas of greatest need. We also conduct client satisfaction surveys annually, and survey other service providers and the courts to identify the greatest needs.

Yes it does! ULS is a service organization, helping thousands of individuals each year get the protection they need, keeping a roof over a families heads, helping persons with disabilities get the support they can’t live without, and more. But ULS also brings about lasting change, often through impact cases that affect the rights of a great number of people.

ULS has provided legal help to large numbers of Utahns by:

...expanding the protection provided to victims of domestic violence by establishing evidence of past violence coupled with a present threat is sufficient to show the need for a protective order. Previously, judges had required evidence of recent abusive behavior by the perpetrator before granting injunctive relief, a kind of "open wound" requirement.

...convincing the Utah Supreme Court to establish a warranty of habitability in favor of renters so that dangerous living conditions can be repaired, even when the landlord refuses. With proper notice to landlords, tenants now have the right to withhold rent and use the money to repair unsafe or unhealthy conditions. ULS advocates worked for many years to achieve this goal.

...challenging a landlord’s ability to charge termination fees beyond whatever actual damages the landlord assesses when a tenant breaks a lease. Prior to this lawsuit, landlords could penalize tenants in two ways if the tenant broke the lease. As a result of this case, if a landlord is deceptive or grossly unfair in charging extra fees renters may sue for attorney fees and damages.

...challenging Utah's guardianship law, which gave individual judges the power to decide whether a person could make a "responsible" decision about health care or lifestyle. Utah's old law did not require an examination of the proposed ward's ability to engage in a rational decision-making process, but only whether a judge thought the proposed ward's decisions were reasonable.

How is ULS funded?

ULS is funded mainly by the Legal Services Corporation, the national agency, funded by Congress with agencies in every state, as well as many other foundations and grants.

ULS is a United Way agency and receives Violence Against Women funding, Victim of Crime funding and grants from many wonderful foundations and individuals

From the federal Legal Services Corporation, ULS receives about $8.78 per potential client per year, amounting to more than $2 million for 2012.  Another estimated $1.2 million came from more than 30 other sources, including state and local government, foundations, and private donations.

For more information about the Legal Services Corporation, go to www.lsc.gov.

How Can I Help?

What if I suspect Fraud, Waste or violation of LSC Regulations?

Please call or write the Office of Inspector General:

Upon request your identity will be kept confidential reports may be made anonymously, 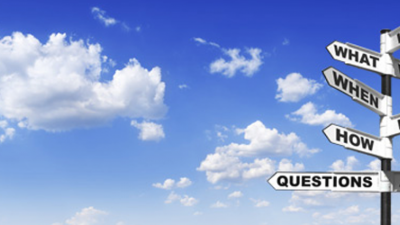 Our offices are open from 8:00am until 5:00pm, Monday through Friday.

Help us help low income Utahns with safety, shelter and other legal needs!